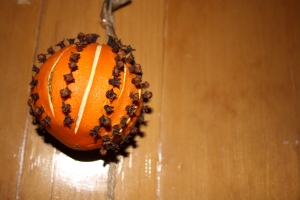 She remembers the days when she and her brother popped over to the neighbour’s house for Bonfire Night. She’d climb over the garden wall, wearing her wellies and her dad’s itchy jumper that came down to her knees and a hat her mother had pulled over her fringe. They’d play with the children next-door because they were good friends and the same age, more or less. Even though it was pitch dark in the November night, they’d dance around the garden, shrieking and playing tig or hide and seek while they waited for the fireworks to be set up. They were cheap fireworks, bought from the local store, which ordered them from some chemistry enthusiast in the city. This was, of course, before The Internet.

She can’t remember his name, the man next-door; the dad who told the kids off for laughing too loud and who’d sneak off for fags in the greenhouse while his wife did the washing up. She remembers the blur of his bearded face. His yell as he stepped back from the firework he’d just set up. She remembers the mum better; the mum used to bring out steaming mugs of soup and carrier bags loaded with oranges. She remembers standing in the cold bright air, peeling with the stubs of her fingernails the rind that came away like thick flakes of skin. Biting into the soft flesh as a flame-coloured Comet rippled above her. The sour sting of the juice squirting in her eye; the sweetness seeping over her tongue. Stickiness on her fingers. She’d toss most of it away, into the rhubarb patch. She wanted to save her appetite for the chocolate log and lollypops that awaited them inside.

There’d be the rockets, soaring and screeching in her ears like banshees, sizzling in her belly. The wheeeEEeeeee like electricity. She hated them, but they were a thrill. She’d look up to catch them but they’d be gone already. Then there were the pretty ones. She read their names off the cardboard box, discarded on the porch: Crosettes, Dragons’ Eggs, Ice Fountains and Blossoms. She watched them go off with the other children, trying to identify each one as if they were flowers in a biology textbook. Only, they were always too quick; their beauty dazzled her vision and then evaporated. There were the ones that overflowed like ocean spray, showering and spitting flickers of white and silver, like a jeweller soldering a giant diamond. Rainbows would spread out across the smooth sky, raining colours across the tall trees at the back of the garden. Her favourite was the Catherine Wheel. It took ages to set up, but it was magical. It spiralled like a wild thing from the pole of the washing-line, sparks flying around it with the craziness of broken machinery, or hypnosis. She adored the Catherine Wheels. They made her feel strange and unreal, as if she were looking into an abyss.

After all the fireworks were gone, the children were doled out sparklers, which they were only allowed to use with gloves. The sparklers let them write their names in the air, as if they were inscribing their thin identities into the vast constellations of the night sky, the atoms of the air around them. She misses how back then in the country you could always see the stars and the sky achieved a proper dark. In the city where she lives now the sky is always a murky brown, the colour of Coca Cola or dirty rivers.

She used to hate how eventually they’d have to go inside. She used to want to stay out in the garden forever, sucking in the lovely coldness of November night. She hated how the sparklers had to be chucked into water buckets, where they’d snuff out with a quick hiss. The adults would always check that they hadn’t burned their little fingers. She remembers the faint char marks that stained her gloves. Remainders. She found those gloves, only a few months ago, when she’d gone home to help clear the house. They were in that same yellow jacket she used to wear, and even just touching the plasticky fabric brought back glimmers of firework enchantments. But the gloves were full of holes, the stitches became undone in her hands. Everything was to be given away, sold or donated to charity, after her mother died and now that the house was to be sold as her father left for business in America.

He’d phone her from new places and his voice would crackle over the phone like a fading sparkler. She closes her eyes and still she smells the warm soup, the tickle of gunpowder.

2 thoughts on “Oranges for Bonfire Night”