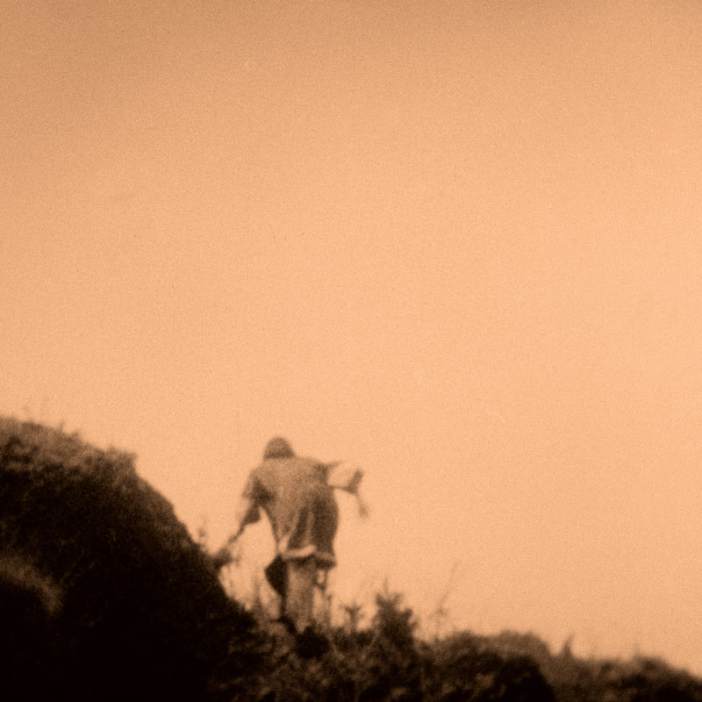 It’s quite something when a record makes you want to reach across your lazy morning lie-in for a Frank O’Hara poem and a cup of coffee. Canadian artist, painter and songwriter Josh Thorpe has made good use of his relocation to Glasgow and put together an album of rock songs, that isn’t really just an album of rock songs: Scrappy Art Rock You Can Dance To reflects the city’s DIY, collaborative impulse with creative input from a long list of artists (Ian Wallace, Sandra Meigs, Geoffrey Farmer, Trevor Shimizu, Shaun Gladwell, Lily Ross-Millard, and Renée Lear), with fellow musicians Mike Overton on bass and Jay Anderson of Comet Control on drums. Thorpe uses the pared-down concept of a rock album to open a space for accessing myriad moods, imaginary landscapes, memories and musings.

Lead single ‘The Light’, for instance, is a soft-sung ode to likeable things, the kind of shimmering residues of daily life, reflected in the ‘underwater disco world’ of Sandra Meig’s accompanying video. The O’Hara poem I reach for, naturally, is ‘Now It Is Light…’, with its lulling enjambment and lines like ‘the cadenza of dull things / which the moon had summoned with / its guitar-like gutters’. If the moon had a voice on such nonchalant nights, maybe it would sound like Thorpe’s, clear and silver with just enough gravel to betray a degree of terrestrial experience. If Lou Reed smoked less cigarettes. Throughout Scrappy Art Rock…, there’s a sense of things refracting: the feeling of being in love, being high, being fast, being fascinated, being in a rush, being laconically slow, being in time. Thorpe’s dynamic tones and kinetic guitar-playing take us veering between moments of brightness and sheer oddness, joy, reflection. In songs like ‘I Can’t Slow Down’, he makes us dwell in steady friction, then rewards us with a good crunchy solo. I think of airy rooms and an open evening, early summer. The prospect of prospects. Looking out to the park, noticing, taking time: ‘I see seasons in the sky / They’re spinning around’ (‘Time’).

While masquerading as a straight-up rock album, among the light-touch slacker sentiment there’s a diversity of influence: from the Feelies to Sonic Youth, PJ Harvey, Mary Margaret O’Hara and experimental composer Robert Ashley. That combination of sugary melodies, strong rhythms, romantic but often sharp, witty lyrics (a la Scritti Politti) and simple noise is backed by a very Canadian sense of play and space (the album was recorded in a single day in Toronto, at Palace Studios). A touch of post-punk toned down to make way for the suaveness and light, retaining a little grit, a little mess.

Mostly it’s the off-kilter spirit that makes this record seductive. Whether experimenting with flat major thirds or lines nicked from Deleuze and Guattari’s philosophical epic A Thousand Plateaus — ‘God is a lobster’ (‘Lobsters’) — Thorpe really pushes the scale and scope of what can be achieved with a rock project, splashing psychedelic hues without upsetting the laidback jangle of a decent beat. There’s a summertime nostalgia that runs throughout (‘Turn up the gas baby’), but rather than paralyse the music, it instead frees up lyrically the listener’s indulgence. It makes you want to notice the good things, smell the roses, strike a conversation, kiss someone you might like, enjoy the rhythm of just walking on concrete.